MS-05 Zaku I page on the "mechabay" is incorrect 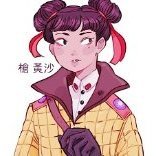